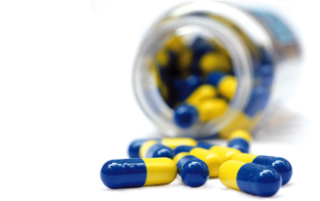 Just the other day an opportunity came around to see a physician for a physical. Shock and disbelief best represents as to what happened while there.  First, manually complete 15 various pieces of paperwork.  Ten of those pieces of paper were for a paper chart.  A paper chart! All I can say is WOW, 10 minutes could have been saved off that visit without having to write the same information over and over again.

The Practice Manager walked in while I was there to speak with the physician.  Of course the meeting was like any other, “Doctor Smith, we really need you to start using the EHR program and work on moving away from paper charts.”   The physician replied with a very stanch “No, as a matter of fact did you get the order completed for the medical record jackets I wanted?”

The very professional reply to that was a “No, we are not ordering those items any more. It is not authorized. The physician stated he would just order them on his own and seek to receive reimbursement. The PM responded with “Well, that would not be authorized, and I honestly do not know where you would order them from, all of the authorized vendors that we utilize are no longer carrying paper medical record jackets. “

The physician was a little taken back but did not seem to be totally surprised and stated that he would begin working with his staff on moving away from the paper chart.

The Practice Manager had many ways in which she could have handled this, however, she told him to take 800mg of SIU (suck it up) and move forward. She was very professional and responded with such professionalism. She chose to not stand behind administration and a policy and let the physician intimidate her. She instead did the right thing and stood as a Manager and handled the situation, without resorting to the “The company wants you to do this, sorry my hands are tied.

It’s time for everyone to take 800mg of SIU and let’s get to working together and make this EHR program work.