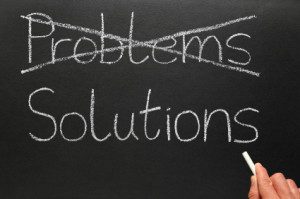 When the government web site for enrolling in “Obama care” crashed and failed to handle the traffic, the president called in the top IT experts who had experience in dealing with problems of this magnitude and the results were a fixed web site. How did they do it? The google engineers who worked on the problems had these rules posted outside the meeting room:

Rule 1: “The war room and the meetings are for solving problems. There are plenty of other venues where people devote their creative energies to shifting blame.”

Rule 2: “The ones who should be doing the talking are the people who know the most about an issue, not the ones with the highest rank. If anyone finds themselves sitting passively while managers and executives talk over them with less accurate information, we have gone off the rails, and I would like to know about it.”

Rule 3: “We need to stay focused on the most urgent issues, like things that will hurt us in the next 24—48 hours.”

The mistakes that were made and the problem solving techniques used to fix those problems are not that unlike the problems healthcare entities face today. Much can be learned from their experience. One of the biggest rules that was broken before the website crashed was one that should have never occurred in the first place…….”don’t hide the problems you know about”. The first rule of project management is know what’s going on. It’s the whole point of project management.

Problem solving in healthcare organizations, whether big or small can be efficiently handled if the same rules are applied. Three pretty simple questions should be asked:

Technology is complex and the problems generated by using technology can be challenging. But just like Revenue Cycle, Operations, logistics, scheduling and other healthcare problems, solutions can be found, and rapidly,  if the right people are focused on solving the most pressing problems.