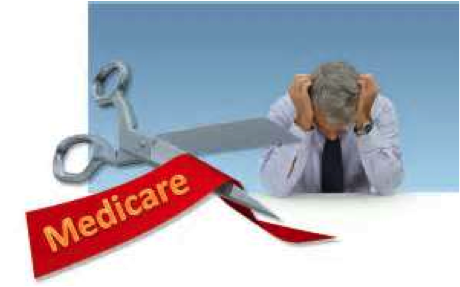 Initial sequestration cuts represent the first installment of over $1 trillion in across-the-board reductions over 10 years. Cuts to Medicare reimbursement rates are expected to begin with services provided on or after April 1 even though the sequestration order was issued on March 1, according to the Congressional Budget Office. The cut is capped at 2 percent for payments made for services provided by physicians and hospitals, as well as monthly payments to Medicare private insurers and Part D prescription drug plans.

The Department of Health and Human Services (HHS) officials indicated this week that EHR meaningful use incentive payments to Medicare providers are also subject to the 2 percent reduction. Cuts to nondefense discretionary and other mandatory government programs will be 5.3 percent and 5.8 percent, respectively. Many details of the Medicare sequester are still unknown as HHS has yet to release an explanation of how it plans to implement the required Medicare payment cuts.

Although a full reversal of the sequester faces long odds given the current climate in Washington, lawmakers have an opportunity to stop the automatic cuts while negotiating a deal to avert a government shutdown and keep the government funded through the end of September. The current continuing resolution funding the government will expire on March 27. We urge MGMA members and their practices’ physicians and staff to access the MGMA Advocacy Center to contact their members of Congress and tell them to stop these cuts once and for all.