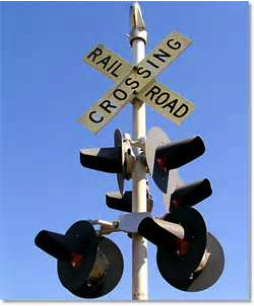 Without going into details of the reason for my latest encounter with the clinical side of medicine…….let me detail my business experience.  I became eligible for Medicare (MCR) on November 1 of last year, and being in reasonably good health, decided to participate in a MCR HMO.  I was randomly assigned a primary care physician (PCP) and was intending to make an appointment when chest pain prompted me to go to ER.  And, yes, I checked first as to the eligible ER.

I was subsequently admitted and assigned a primary provider.  He put me on a bunch of medicine and wanted to see me in his office the week after being discharged.  The first thing I did was to make sure this provider was in my network…..my insurance carrier said no, he’s not.  I called the PCP assigned and was told that first available appointment was in April. When I tried to explain my circumstances, the person on the phone cut me off and said first available in April do you want an appointment?  “Well, no, I don’t says I.”  So I called Humana back and said…….here’s my dilemma…….they assigned me with another PCP who could see me in February.  In the meantime, I decided to see the provider I had seen in hospital as an out of network provider for continuity of care.

Arriving at the providers office, the front desk told me that the provider was in the network as there had been some changes in January.  I recounted to them that my insurance carrier doesn’t think they are…….but they persisted, called someone in back office and said….you are all set.  I could hear the train wreck approaching as I thought about the coming events…lol.

The provider referred me to a specialist.  Of course upon checking, the specialist wasn’t in the network and I had to find one that was.  I looked on line at the list of specialists the insurance carrier said was approved and called one.  I was told that the provider was no longer in the network despite what it said on-line.  I finally found a specialist that did accept and was able to make an appointment.

Now what’s my point?  I know the business…..I know what questions to ask, I know how to maneuver around the internet.  And I was totally frustrated having spent hours on the telephone and trying to talk to people who simply didn’t care.  What do you think the average persons experience is?  And how will they be able to get the care they need with approved providers?

Enter Insurance exchanges………talk about a train wreck coming……can you hear the whistle?  There may be no simple answers to helping patients with these kinds of dilemmas…….but educating office staff and making sure they ask the right questions of patients is imperative.

BTW, I am fine, but am not looking forward to dealing with the EOB’s when they start rolling in.