What Will Happen Oct 1 in Healthcare Practices? 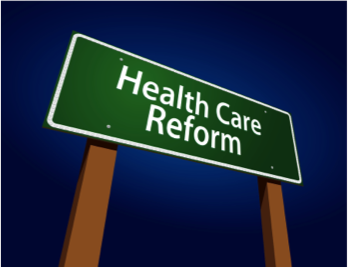 As October 1st gets closer and closer, many practices are wondering what to expect as that date signifies the beginning of exchanges, insurance reform and the official start date of the Affordable Care Act.

17 states have opted to run their own exchanges.  Of these, the GAO (general accounting office) found that all of the 17 states were late on an average of 44% of activities requiring completion by March of 2013.  It should also be noted that CMS has had its own challenges and delays getting the federal exchanges off the ground.

Delays seem to characterize implementation of exchanges on both the state and federal level and most states are behind in meeting milestone objectives.    Oregon, for example, one of the fastest moving exchanges for implementation, has recently announced that October 1 will be the target date for beta testing IT systems rather than roll out to the public.

The white house has said that getting 7 million people enrolled in exchanges by March of 2014 is the public goal.   Which state is first or sixth or seventeenth in rolling out the exchanges doesn’t seem to matter much to most healthcare reform act watchers.

Of course getting people enrolled in the exchanges will lead to the real metrics of healthcare cost reduction and improvement in patient quality of care; but for now success will be measured by how many enrolled by the time the next political season kicks off in earnest next year.

It should be noted, that the enrollment will most likely attract those with pre-existing conditions that are not now covered.  So the rush of patients to the provider’s door may not be the first realization.  The first realization may be existing patients who now have insurance to cover conditions already being treated by providers.  This will not be the metrics most healthcare experts are looking to see however.

The goal of course is to attract health young people who do not need immediate provider care.  That however may not be reality for a couple of years.  Until the penalty for not enrolling costs more than the average premium…..many young people will opt to pay the penalty.

So…..Oct 1 may come and go without much notice.  A gear-up for increased activity on that date would seem to not be needed.  Each state will announce the exchange roll out target dates and those dates really only indicate exchanges open for enrollment.  The real test of increased activity for practices will be patients who now are eligible for MCD coverage not previously covered.  Each practice needs to make a decision of how many MCD patients they are willing to see in their practice. And that decision applies only to those states that have opted in to the MCD program as stated in the Affordable Healthcare Act.