Healthcare Patient Management: Getting Paid for What You Do 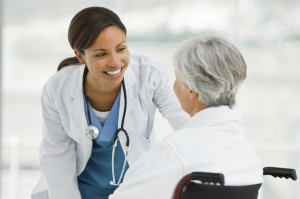 Two-thirds of Medicare beneficiaries fit this description and account for 93 percent of Medicare spending, Kimberly A. Lochner, a statistician at the Department of Health and Human Services, told the newspaper.

The work physicians do to keep all clinicians touching the patient current on a patient’s total care has traditionally not been compensated, though the effort is often “time-consuming and challenging,” noted Matthew J. Press, M.D., an assistant professor of healthcare policy at Weill Cornell Medical College in New York. He offered an “instant replay” of his role in coordinating care for a 70-year-old man with bile duct cancer in the liver, in an article in The New England Journal of Medicine

“In total, I communicated with the other clinicians 40 times (32 e-mails and eight phone calls) and with Mr. K. or his wife 12 times,” he wrote. “At least one communication occurred on 26 of the 80 days, and on the busiest day (day 32), six communications occurred.”

In this case, Press appointed himself “quarterback” of the patient’s care, and thus made an effort to reach out to other clinicians, most of whom he did not see or know, early and often to help instill a sense of mutual accountability and mitigate the potential for a bystander effect, he wrote.

“I was able to play the role I did in Mr. K.’s care largely because, as a clinician-researcher, I had a patient panel about one tenth the size of the average primary care panel,” he noted. “The goal should be to make coordination and collaboration feasible for full-time clinicians, too.”

Beginning in January, doctors will receive about $42 a month for managing the care of a Medicare patient who agrees in writing to partake in the program, which will require doctors to draft and follow a comprehensive plan of care. The plan includes:

Patients will pay about 20 percent of the $42 fee, similar to their financial responsibility for many other doctor services.